It’s crazy how much Niseko changes at the end of snow season. The sun comes out and the streets empty, and there’s a distinct vibe of everybody knowing something you don’t. It first became obvious when an Australian dude walked past us in thongs and shorts, sludging his way through the ice. Okay, that’s ambitious. Then I saw a Japanese kid gleefully eating a soft serve ice cream, halfway up the snow covered mountain. Mocking us. It was a tropical 7 degrees. Bah! We weren’t going to let a little sun stop us. 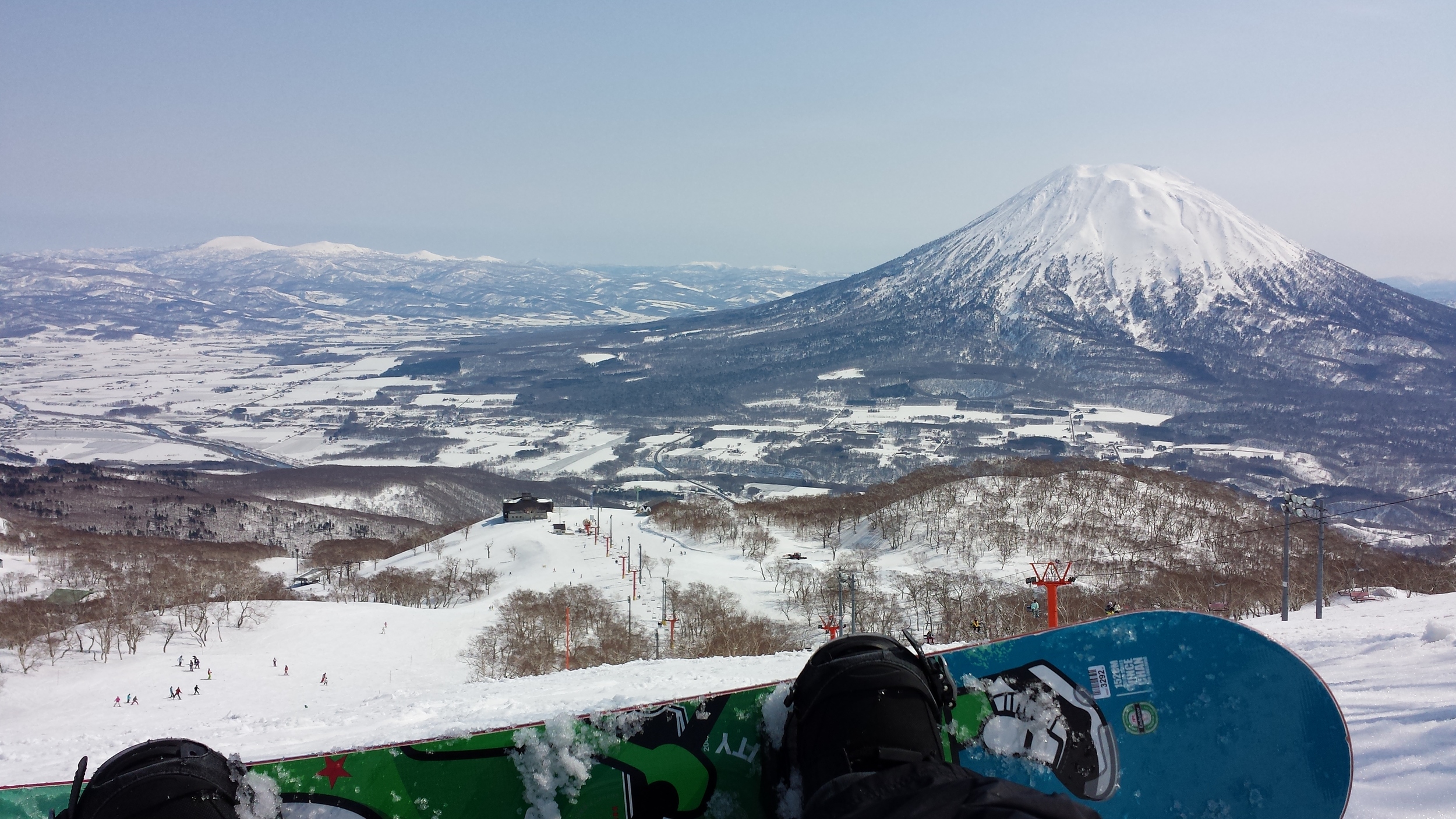 We spent the next few days eating, snowboarding, drinking and sleeping. We cooked our own meat at teppanyaki, attempted to medically overdose on various types of ramen and even had the manliest brodate which included crepes, wine, candles and an attempt to not make eye contact. When we didn’t feel like going out for food, across from our hotel was a heavenly wonderland called Seikomart. Seikomart, my lost love. I will always remember your magical $2 sandwiches, your freshly made curries and prepackaged macaroni and cheese. But most of all, I will remember your $1 jam sweetrolls. *sniff* Excuse me, I need a moment. 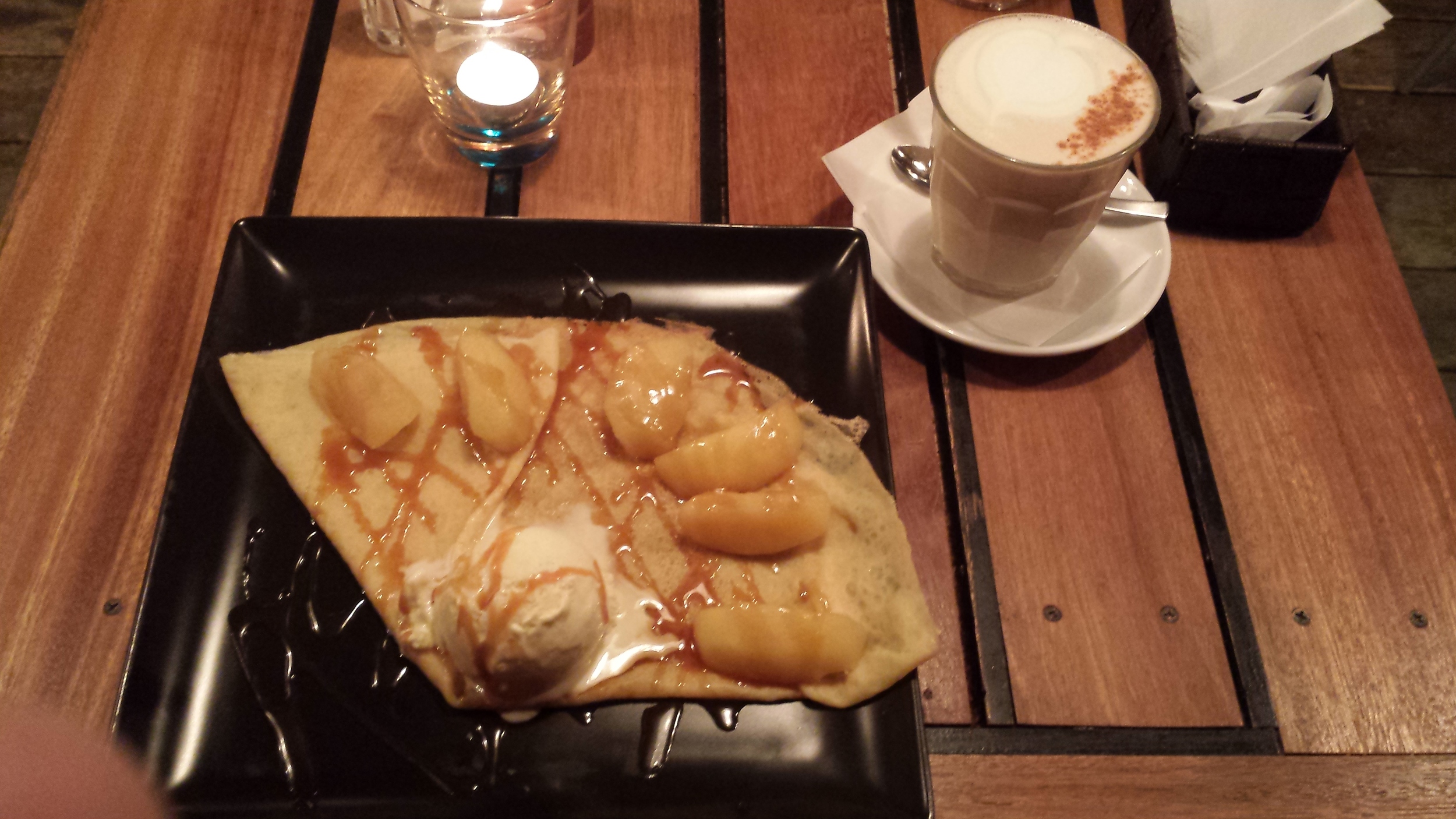 Nothing manlier than two dudes eatin’ crepes It still seemed surreal to me that the people who stay here for winter actually live this life daily. I bet they’ve never had to spend a 44 degree day in a house with no airconditioning, fruitlessly spraying water into a pedestal fan. Bastards. Even if they do have to get up every day and shovel their driveways. Also, deal with entitled Westerners, like one I had met a day previous who demanded “FOOD AND BEER!” at the local cafe sometime around 10am. Still, I briefly considered stowing away in the basement of our hotel and emerging only when it had closed for the year, feeding off leftover snow and hitching free bus rides to get around. There was a Japanese girl who lived undetected in this guy’s closet for like, months. I could be that Japanese girl . Probably be really sick of Mad Men by a few weeks, though. 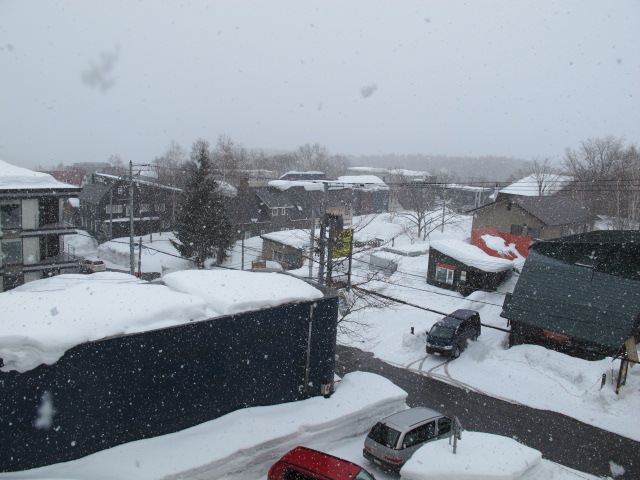 If there’s one thing I absolutely recommend it is slowly cooking yourself in a natural onsen. Strip down to your birthday suit, slide into 67 degree volcanic water and achieve total Zen. It actually became too much after a few minutes and we had to half stand up to let the biting snow winds cool us down. But man, do you feel relaxed, even if the place does smell entirely of sulfur. We had to sleepwalk back to our hotel, which was dangerous because we tried to take a shortcut through fresh snow that almost buried us. Don’t take shortcuts, kids.

Wheels on the Bus