If there is one fault the Japanese railway has, it’s the god damn tones they play so often I sometimes wake up at night in a cold sweat singing them at the top of my lungs. At first we thought it sounded like we were levelling up at every station, which was kinda cool. Then by day 2 it sounded like someone locked a bear in a room with a MIDI-keyboard covered in raw meat. Five minute long 8-bit symphonies at every train is enough to make a grown man weep. And if you completely lose your sense of direction, there is an overwhelming sense of being stuck in the Lost Woods. 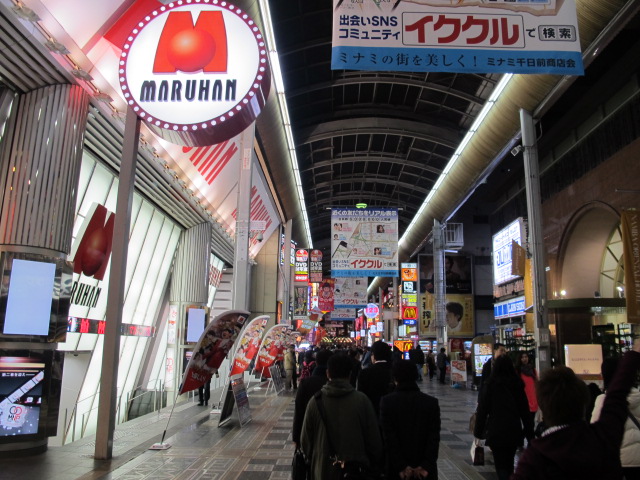 You know how you’ll run into someone you haven’t seen a while, and you’re all like “Hey, guy, we should catch up!”, only to realize as soon as you leave wait actually no, fuck that guy, that guy’s an asshole? That’s what our hostel in Osaka was like. We actually didn’t mind it before we experienced 5-star Hiroshima. With it’s familiar scent of what can only be described as “musty fart” we sardined into the tiny elevator, which was essentially playing russian roulette with it’s disconcerting heaving at every floor, and set up for the last time in our fun-sized room. 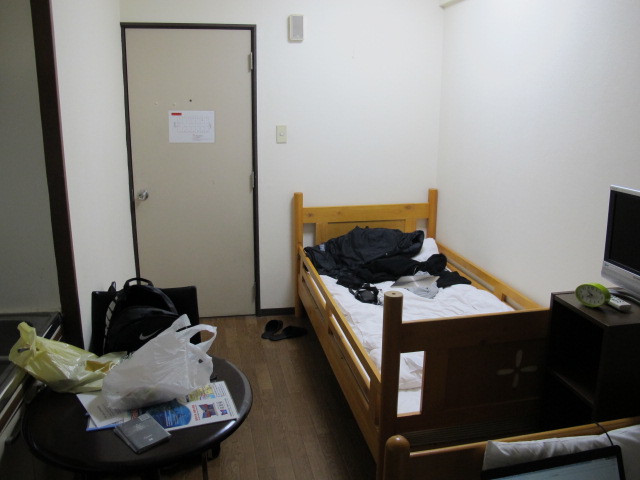 First point of order was Osaka city for lunch, which is kinda business-districty and not hugely entertaining. We got food at one of the many places where you submit your order and pay through a vending machine at the front, an efficient system that would never work in Perth. I imagine hordes of people accidentally ordering fourteen Cokes and demanding refunds. 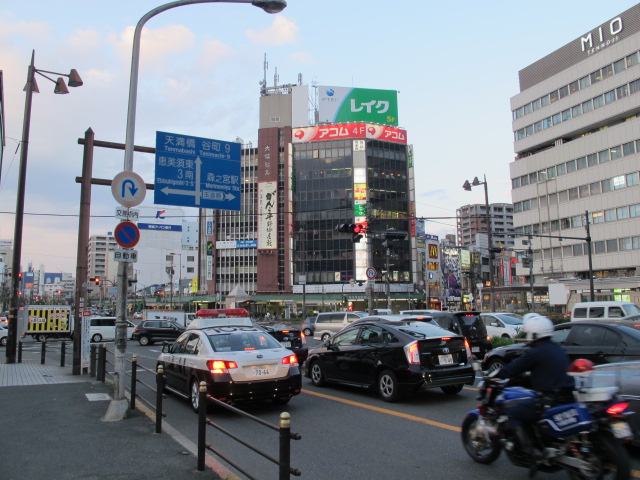 We shopped for a while then headed to Namba, which was a lot more vibrant, colourful and like Shibuya (read: fun). Upon leaving the train station we saw an old man, utterly inebriated, dancing quietly to himself with two giant glowsticks. He was wearing earphones so as not to disturb anyone else. He even had a plastic bag for his empty cans. Now, seriously. Why the hell can’t our drunks be like that? In Northbridge that same guy would’ve asked for a dollar then followed me for several kilometers shouting obscenities about my mother. 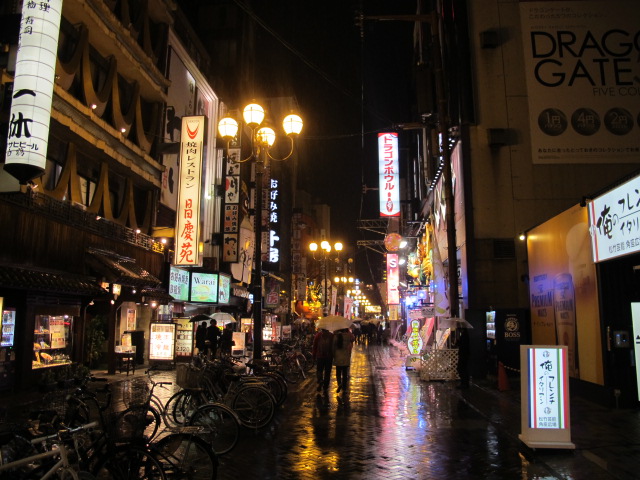 For nightlife, there’s few better places in Osaka than Shinsaibashi, which is like the Vegas strip of shopping, clubs  restaurants, and Dotonbori, a series of delicious market stalls and all-you-can-drink local bars with cover charges. It is also, however, filled with prostitutes, which they forget to mention on TripAdvisor. They’re not very discreet, beckoning to everyone they see like pushy salesman all over the main strip and river overpass, which we dubbed Whore Lane and Hooker Bridge respectively. Flanking them are a bunch of Japanese guys who dress like Yakuza or rap music video extras. I considered asking one if he’d follow me around and just act cool for 1000 Yen a day but thought better of it. 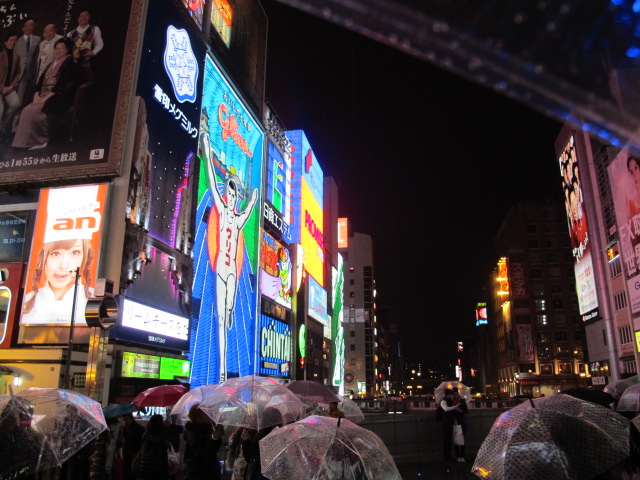