Hiroshima is a gorgeous city, and one of my favourites. It has a character and resilience that resonates through its architecture as well as its people.  Our hotel, which we had managed to acquire online somehow by bashing our faces into the keyboard repeatedly, had a beautiful view overlooking Hiroshima bay and a lobby so extravagant it was dedicated to wedding ceremonies. Seriously, shit had an altar and a florist next door. 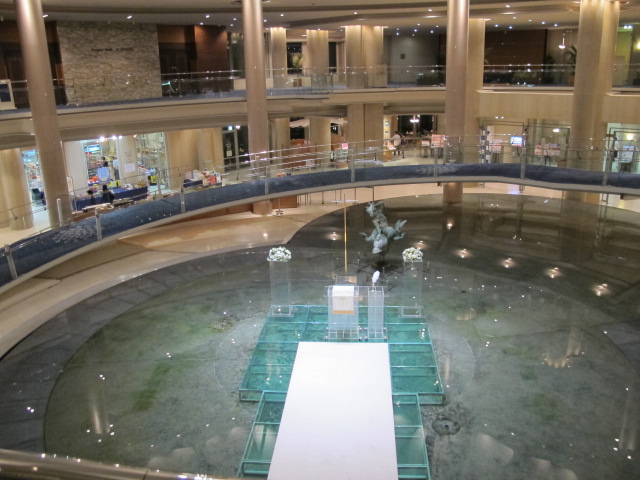 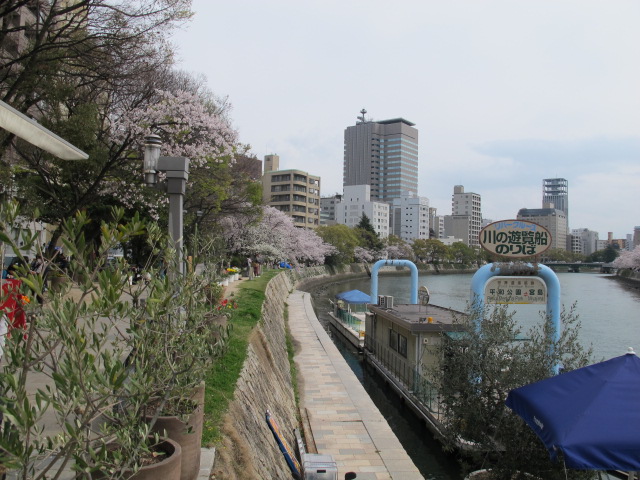 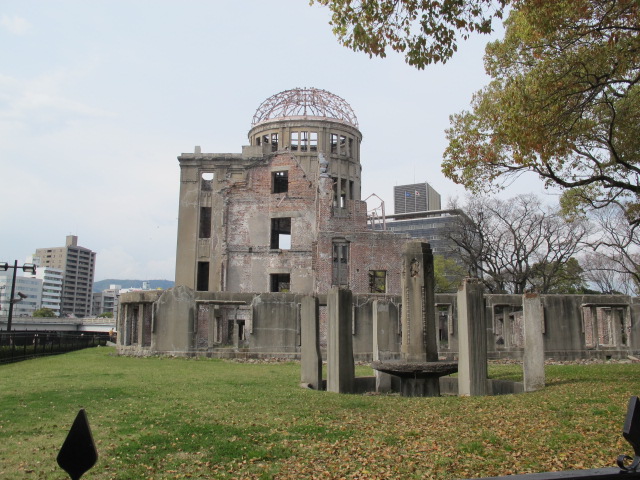 The first thing we saw was the remnants of the A-Bomb Dome, an iconic city hall before the atomic bomb levelled the city in 1945. Bizarrely, as the bomb struck almost directly above the dome, the walls were left relatively intact despite the entire rest of the city being reduced to rubble. It serves as an eerie monument to the destructive capabilities of nuclear warfare. Bends solid iron like tissue paper.
The Remembrance Hall and Museum are sobering experiences and leave you deep in thought for hours afterwards, with the many displays, exhibits and horrific testimonies taking you right back to the catastrophe that happened almost 70 years ago. 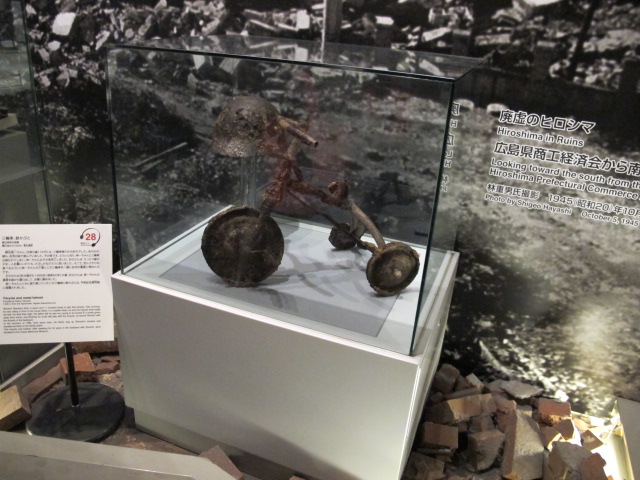 Lunch in Hiroshima was ordered on the riverside at a sickeningly cute little Italian cafe where I was disappointed for the fiftieth time at the Japanese idea of a single serving of pasta. Why do I keep ordering Italian food in Japan? It’s a mystery of the ages. The cafe has an amazing view of the river and the sakura in full bloom and was a good place to ponder the events of the previous few hours.

Nearby to the central park, Hiroshima has a giant shopping mall shaped like a tunnel. It was there I found a young hipster Japanese (redundant?) girl with crazy pink hair sketching caricatures of people for $15. I was suitably intrigued and perched ridiculously on the smallest stool on the planet while she studied my face and drew easily the best (and only) picture of me I’ve ever seen. She even got my exact posture of a fabulous ballet dancer attempting to take flight. 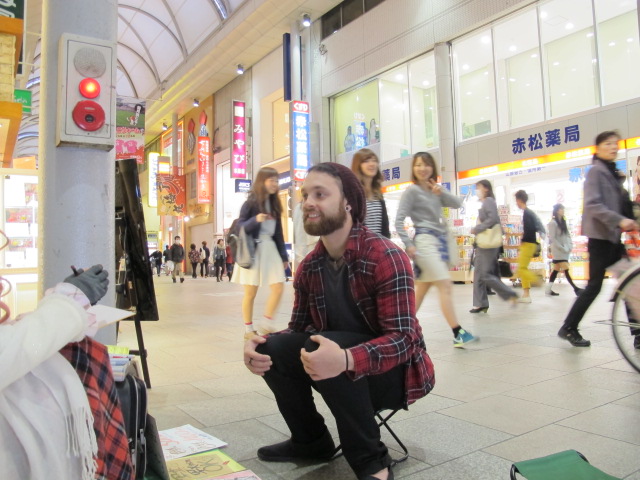 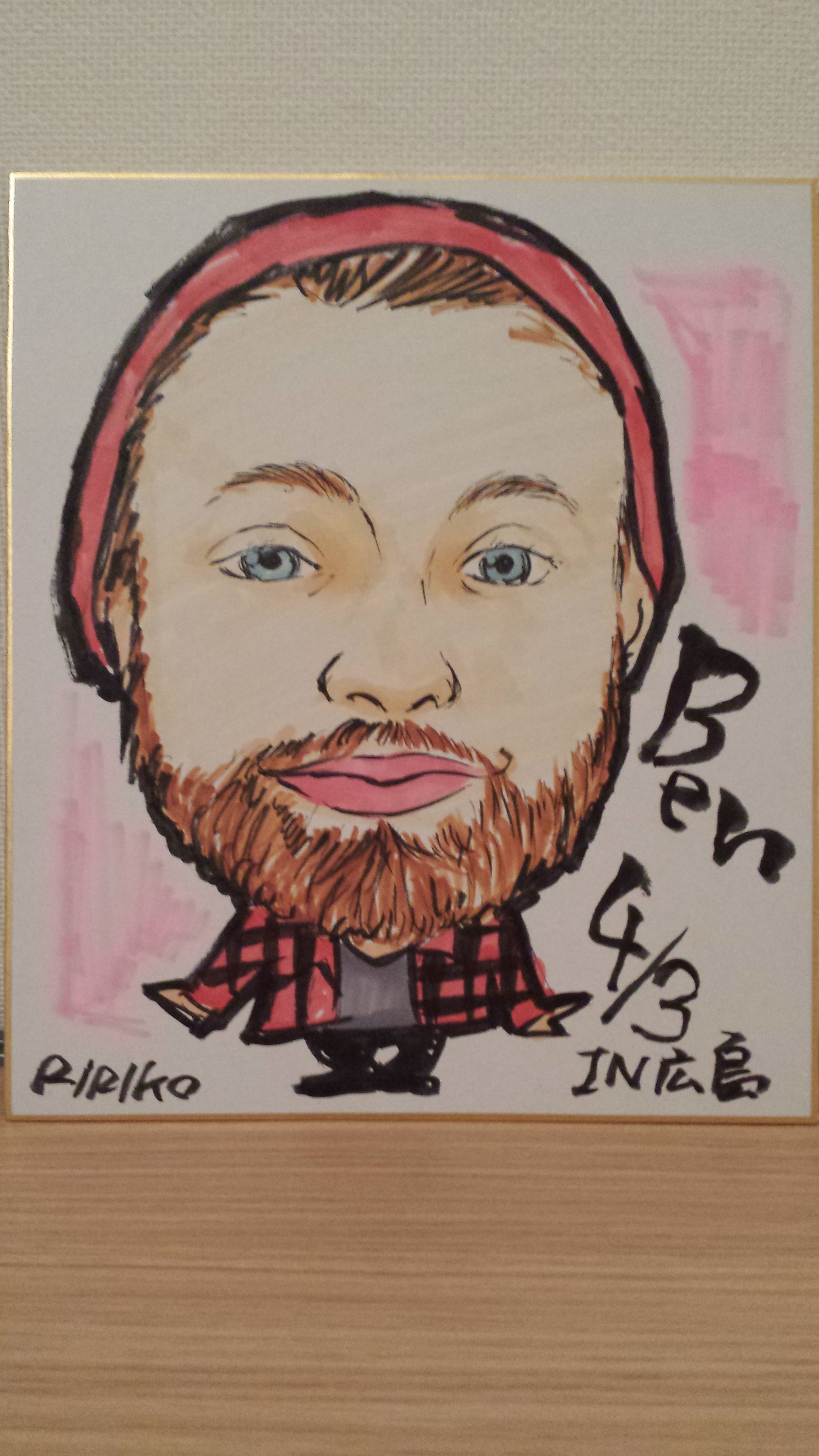 Next up was an attempt to visit Hiroshima castle where spent a good hour circling around the outside streets in futile. Japan hates jaywalkers. I had an absurd mental image of an army trying to take the castle only to be stopped repeatedly by tiny flashing red man lights. After crossing a bigass moat which I’m considering implementing at my next rental we went inside and got some ridiculous photos donning Japanese samurai armour (spot the tourist!) before climbing a million flights of stairs to get a view of the castle foregrounds and the city. Also, wind. We viewed lots of wind. 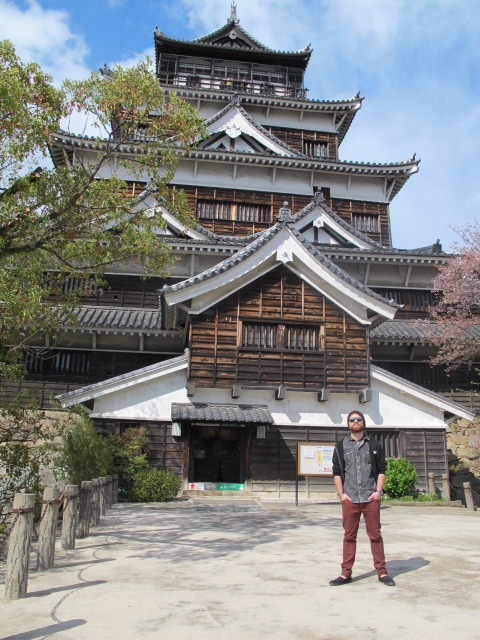 Too soon, it was time to leave Hiroshima. We had dinner at what I can only describe as Japanese Sizzlers (unlimited drinks bar!) and headed back to our 5-star hotel with a 5-star view and 5-star beds. I was not particularly looking forward to our return to our hostel in Osaka, which was roughly the size of a bento box.

For Whom the Train Tolls